ATLANTA, GA - April 5, 2011: More than 100 protesters led by seven young people brought to the United States as young children  and who were later arrested after blocking traffic in protest  marched through downtown Atlanta to raise awareness about undocumented youths.

After a rally in Hurt Park near Georgia State University, protesters delivered a letter to the schools admissions office which asked GSU officials not to comply with a ban on undocumented immigrants that takes effect this fall.

The Georgia Board of Regents in October voted to prohibit undocumented students from attending five of the states most selective colleges.

After delivering the letter to surprised admissions officials, the hundreds-strong crowd marched and chanted "Education, not deportation," Undocumented and unafraid" and "Education, not segregation."

The seven undocumented youths then unfurled banners and sat in the middle of Courtland Street, blocking traffic for close to an hour before they were all arrested. Late Tuesday evening, U.S. Customs and Immigration enforcement officials were reportedly determining whether the arrested students would face deportation.

"I am doing this for my family, for my brothers and sisters, said Dayanna Rebolledo, a 21-year-old factory worker and student who came to the United States from Mexico when she was 9 years old. We are undocumented and unafraid. We are standing up for those undocumented who are afraid and who are in the shadows. We are risking everything to give our community a chance." 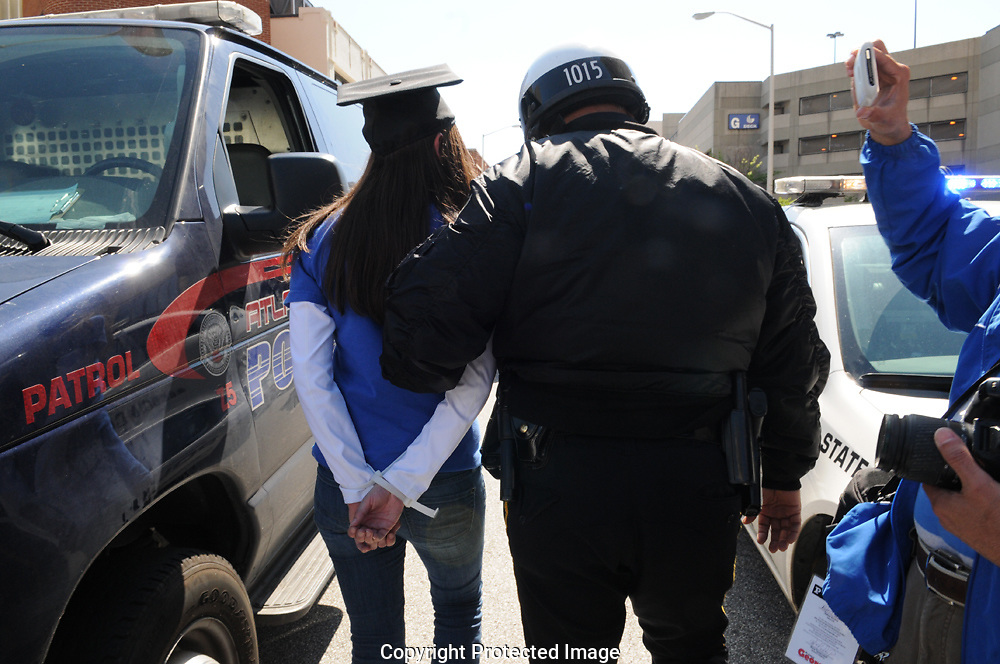