NAHUNTA, Georgia, February 20, 2010: About 50 members of the Georgia Knight Riders and Knights of the Ku Klux Klan rallied for a crowd of more than 500 on in the town of Nahunta, Ga., about 275 miles southeast of Atlanta. Klan members stood in ornate robes and pointed hoods with faces exposed in front of a crowd of mostly enthusiastic onlookers for a two-hour rally. The few hecklers in the crowd were harshly scolded by supporters, while several dozen protesters, including the NAACP rallied nearby.

Several Klan members spoke on topics ranging from gun control, sexual offenders, the value of prayer in public schools and the need to vote. However, most of the group's hateful speech was focused on eliminating "the problems" of illegal immigration and "immigration in general." Standing next to a large sign that read, "Stop the Latino Invasion Now!" Imperial Wizard Jeff Jones referred to "people coming over from Mexico and Guatemala" as "third-world mud people." Faulting the current administration's immigration policy, Wolf said, "They are going to commit genocide on this Anglo-American race." Jones also blamed illegal immigrants for the lack of jobs, low wages, drugs, gangs and the spread of diseases in the United States.

"We want them to take their sorry selves back to Mexico and stay out of our country," said Jones. "We have got so many Latinos walking over the border everyday. They are taking over the whole work force because honestly, very few -- I don't think even one-tenth of one percent -- has any job like a lawyer or a doctor." 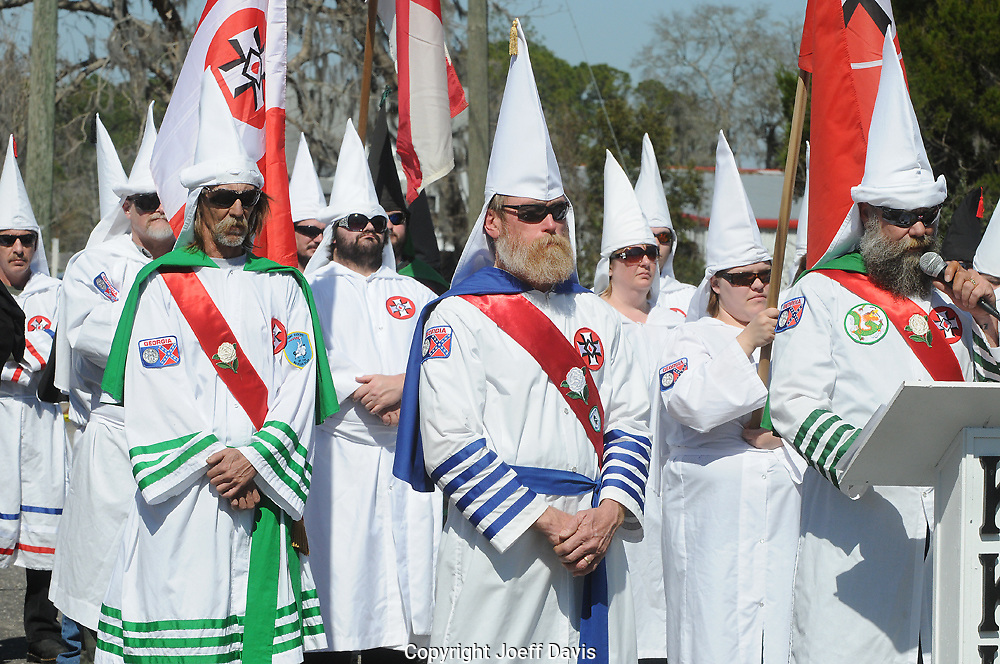