A public question period during a hearing at the Atlanta City Council regarding the site for the creation and building of the Civil Rights Museum. A number of residents wanted it to be located in the Auburn neighborhood where Martin Luther King, Jr had been born and where the King Center is located. The other site being considered was land donated by Coca-Cola to the city next to the Coca-Cola museum. The city eventually decided to build on the land next to the Coca-Cola museum 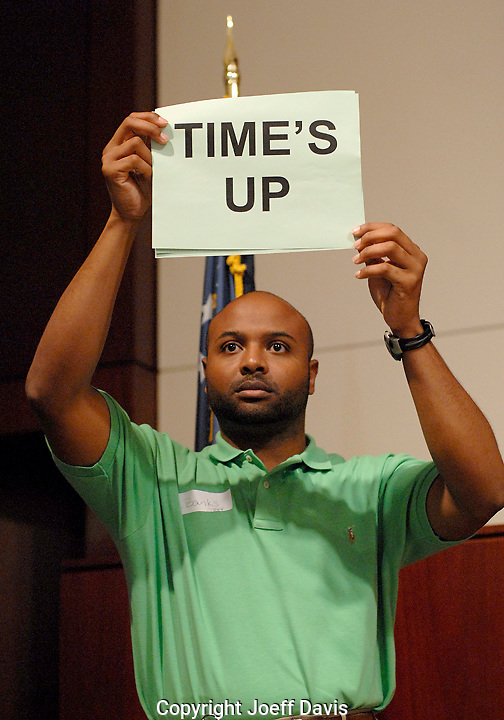