Cain spoke for roughly 20 minutes to a crowd of about 200 people. The former talk radio host and pizza company CEO did not not mention four women's allegations that he sexually harassed them during his tenure at the National Restaurant Association more than ten years ago. Cain has denied all accusations.

Cain took no questions from the media. 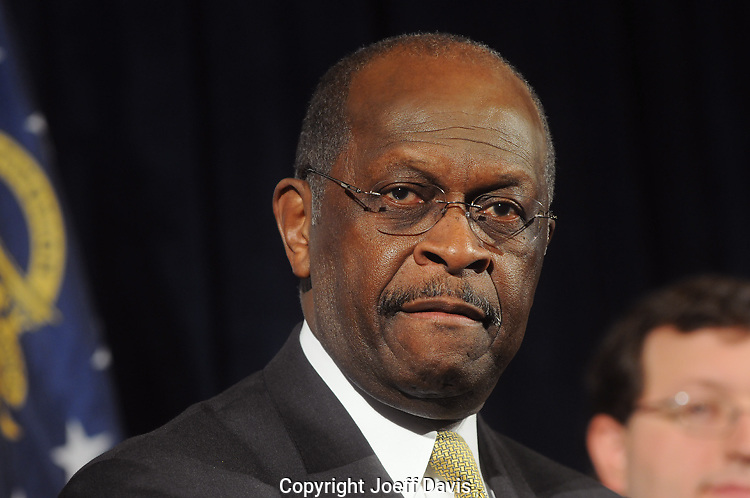