ATLANTA, GA - MARCH 19, 2009: About 100 people marched from Woodruff Park to the CNN building led by Iraq war veterans to mark the sixth anniversary of the start of the Iraq war which began on March 19, 2003.

Several of the marchers laid in the street at the intersection of Marietta and Centennial Olympic Park Drive in a "die in."

The demonstration ended with the throwing of shoes at a Bush effigy while the crowd chanted "this is for the widows and orphans of those killed in Iraq." The same words of those uttered by the Iraqi journalist who threw his shoes at Bush during the ex-president's last visit to Iraq. 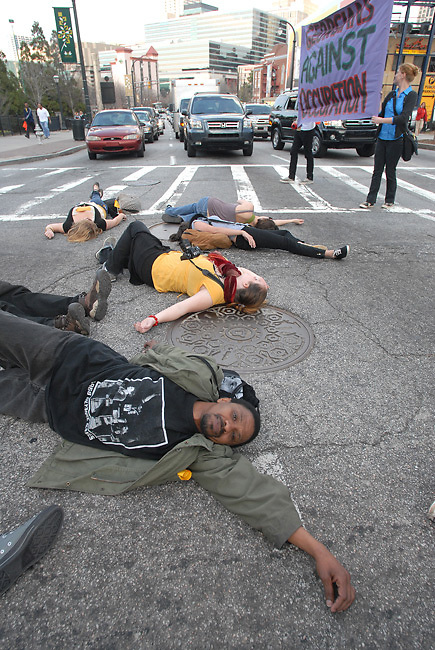