On March 20, 2003, over 10,000 antiwar protesters marched in Chicago to protest the U.S. invasion of Iraq which was the start of the Iraq War. Protesters marched through downtown and then onto Lake Shore Drive, bringing LSD to a stand still during the evening rush hour. Some drivers honked in anger others got out of their cars and joined protesters.

After leaving LSD protesters were boxed in by police on Chicago Avenue just east of Michigan Avenue and prevented from leaving the area. Police then arrested and detained over 850 protesters and some people who just happened to be in the area.

In February, 2012, according to the Chicago Sun-Times, the city settled with protesters in a class action lawsuit for 6.2 million dollars, the protesters, according the the courts, were unlawfully arrested because police did not give them a notice to disperse or an opportunity to the leave the area before the arrests started. 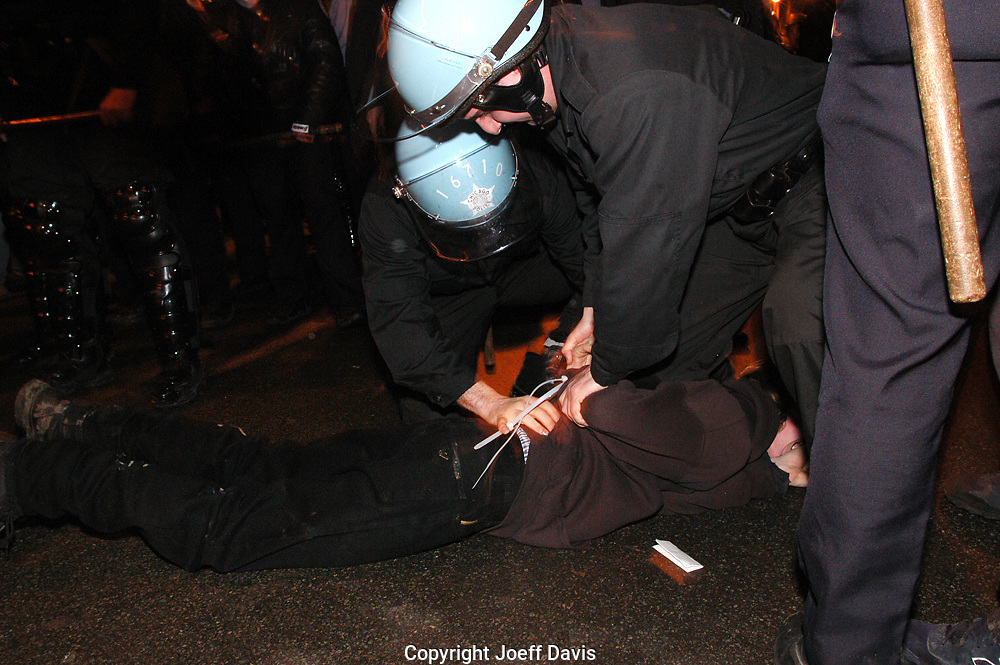