ATLANTA, GA - JAN 5, 2009: Deafening chants of "Long Live Palestine!" could be heard during rush hour outside the Midtown building that houses the Israeli consulate.

Over 250 people rallied to protest the hundreds of casualties in the Gaza Strip caused by Israel's bombing and ground offensive. The attack came in response to rocket fire by Hamas into Israel. According to organizers this was the fourth pro-Palestinian protest in Atlanta since Israel began its attack on Dec. 27.

After the rally in front of the Israeli consulate demonstrators marched down Spring street. 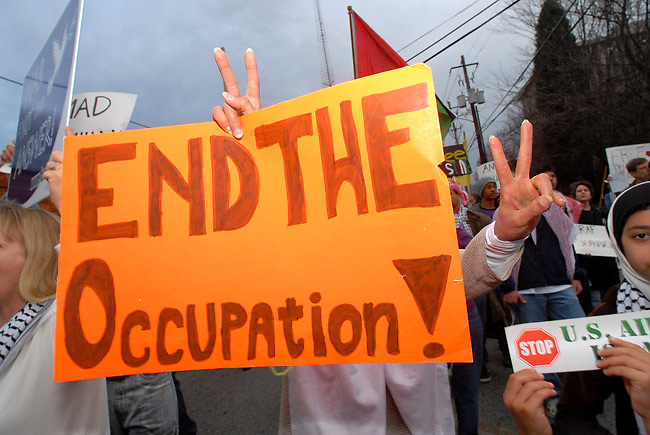