Mauricio Funes of the FMLN party won the election becoming the first leftist president in El Salvador's history. The FMLN became a political
party after the 1992 peace agreement which ended the 12 year civil war. Before the agreement the FMLN was a group of leftist guerrillas that fought the right wing government which received billions of dollars from the US and formed death squads responsible for tens of thousands of lost lives. 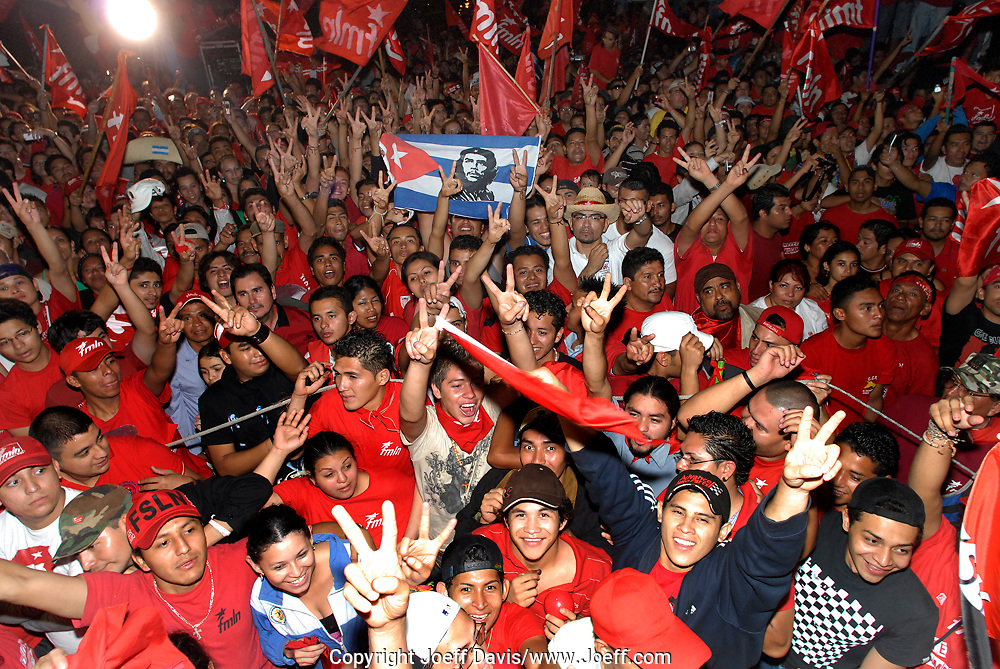