October 10, 2015 - Norcross, Georgia: Donald Trump made his first visit to metro Atlanta as a presidential candidate, stopping by the North Atlanta Trade Center in Norcross on Saturday.

Recent polls show the executive and reality TV host leading by as much as 19 percent in New Hampshire and 5 percent in Iowa, the first two states where Republicans will cast votes.

And so it was Saturday afternoon in a crowded event hall filled to a capacity with more than 7,500 people, according to organizers.

Trump took the stage to the Aerosmith song “Dream On” on the same day Steven Tyler threatened the Trump campaign with a lawsuit for using the song at his rallies. Right away, Trump’s boorish braggadocio was on full display. Less than a minute into his speech, apropos of nothing, Trump dropped a line about how rich he and his friends are.

You know a friend of mine, a very rich guy, a very wealthy guy called me,” he said, before talking about all the people who are offering his campaign money. “I turn down millions and millions of dollars, it is so not like me, even though I don’t need it.”

Trump then lamented how much money he has given to politicians in the past — “I used to give fortunes,” he said, “I gave away so much money." 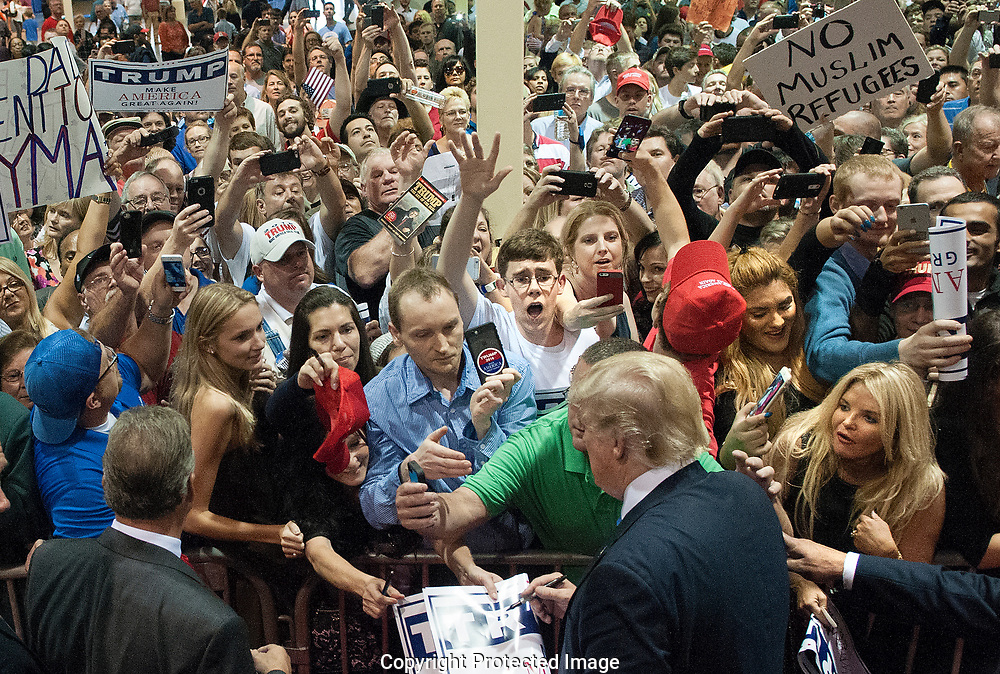