Deafening chants of "Free, Free Palestine," and "Long Live Palestine!" echoed off of the building which houses the Israeli consulate at 1100 Spring street in Atlanta's midtown neighborhood January 5, 2009 as over 250 people rallied there to protest the hundreds of casualties in the Gaza Strip caused by Israel's bombing and ground offensive in response to rocket attacks by Hamas. According to organizers this was the fourth pro-Palestinian protest in Atlanta since Israel began its attack on December 27th. 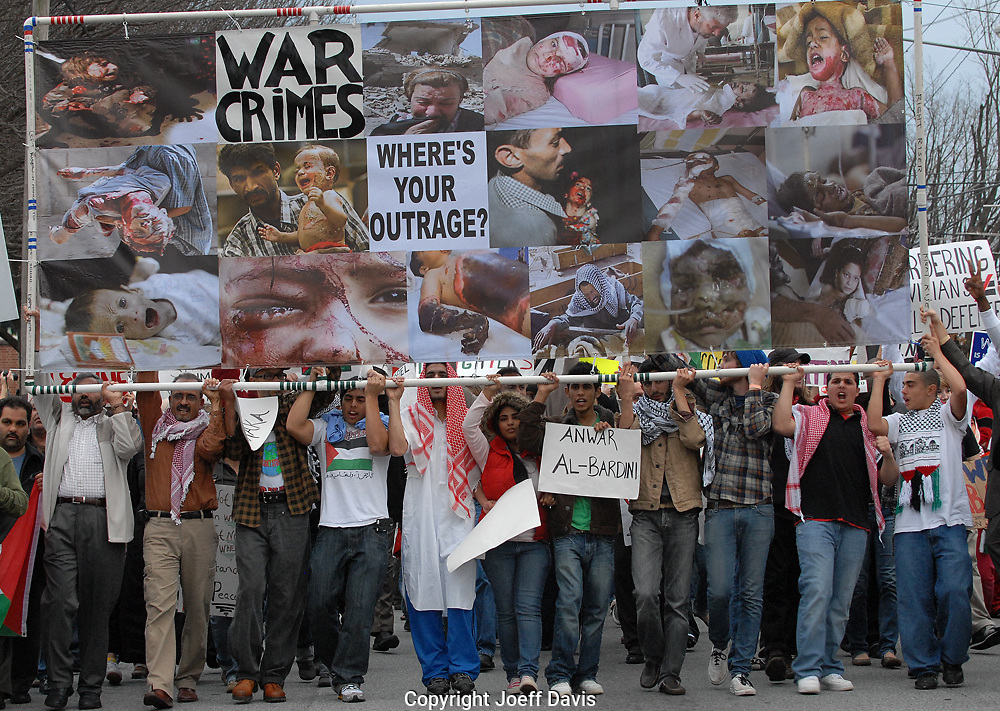