October 10, 2015 - Norcross, Georgia: This photograph captures Republican presidential candidate Donald Trump coming down the stairs of the stage to greet a screaming crowd after speaking for an hour at a campaign event. Before closing, Trump ridiculed the 14th Amendment, which grants citizenship to people born in the United States. “Congratulations,” he said. “You now have a baby for 85 years that we are taking care of. I don’t think so. I don’t think so!” It is a sad spectacle to watch one of the richest men in America running a campaign in which one of its biggest issues is to blame America’s problems on one of the poorest, most defenseless and hardest working sectors of America. 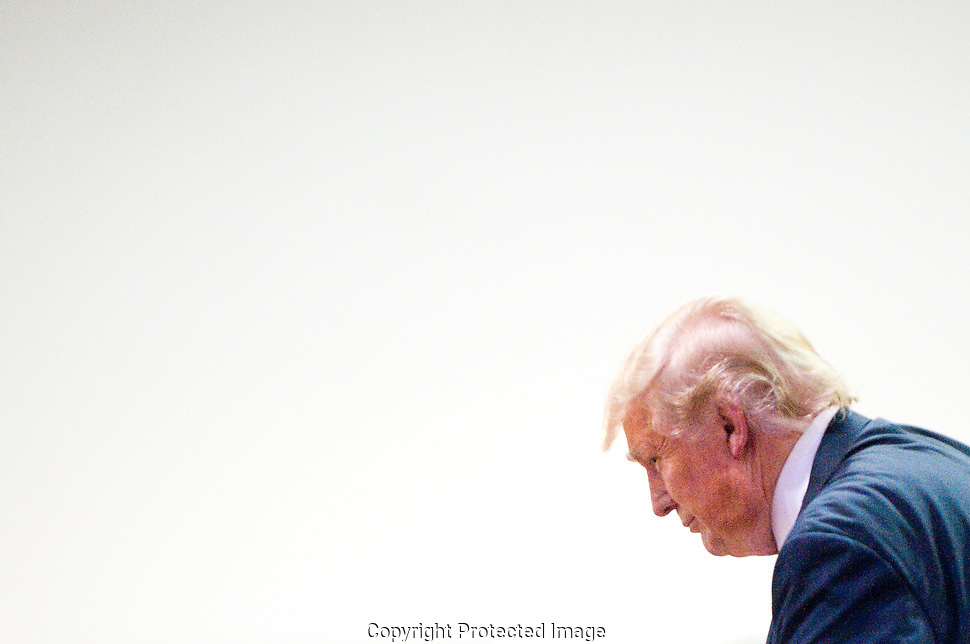