DENVER, CO-August 27, 2008: Senator John Kerry speaking at the 2008 Democratic National Convention in Denver, Colorado. "The stakes could not be higher," he said about the race for president between Barack Obama and John McCain, "...This country can't afford a third Bush term. Just think: John McCain voted with George Bush 90 percent of the time. Ninety percent of George Bush is just more than we can take." Kerry lost the White House to Bush in the 2004 presidential race. 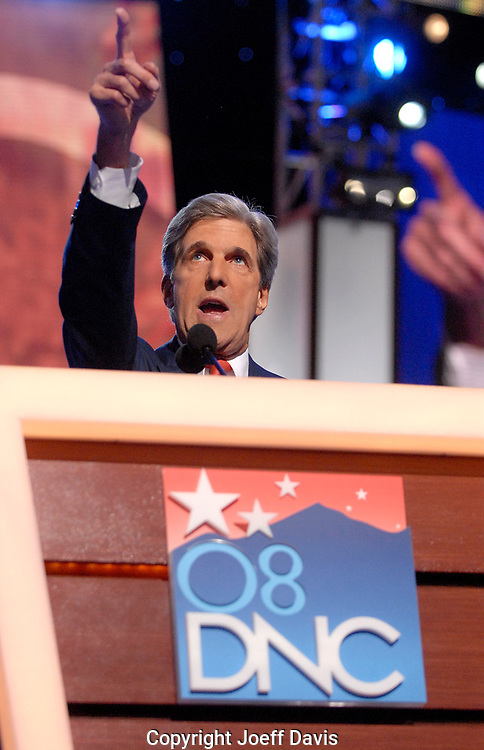