This photo was shot at the Rialto Center during auditions for the Apollo Theater's Amateur Night. Anybody who wanted to try out had the opportunity as long as they were one of the first 300 in line at the Rialto Saturday morning. After they auditioned they were either informed that they were "going to New York" or offered a polite thank you.

Dwayne Terry, 26, Lawrenceville, Georgia was the eleventh person in line at the audition. He arrived outside the Rialto at 7:45 p.m., Friday night and slept on the sidewalk in front of the theater. "When.you really want something you have to go get it," he said "the biggest thing was I was so excited about the opportunity that sleeping on the sidewalk really did not matter." When this photo was taken in the audition room, Terry was minutes from his life long dream of trying out to perform at the Apollo. "I was meditating, I was thinking about ministering to the people in the room through my art." Dwayne, who goes by the performance name "Inspirit" describes his talent as "Inspirational Mime," during his performance he combines lip synching to Christian music sung by Yolanda Adams with miming. "What I try to do is lip sing every part of the song every word, every beat and then I try to portray it in mime, I don't think anyone else in the world has done this so completely."

After Terry's performance he was not one of the 47 contestants Saturday who were invited to go to New York and perform at the Apollo, "I was really disappointed, of course, but I think god had a bigger vision for me, he has a bigger plan it was probably just to touch the people in that room. Next time the Apollo has another try out I will be there again because the inspirational mime is not just for the church but for the world, the world has got to see it." 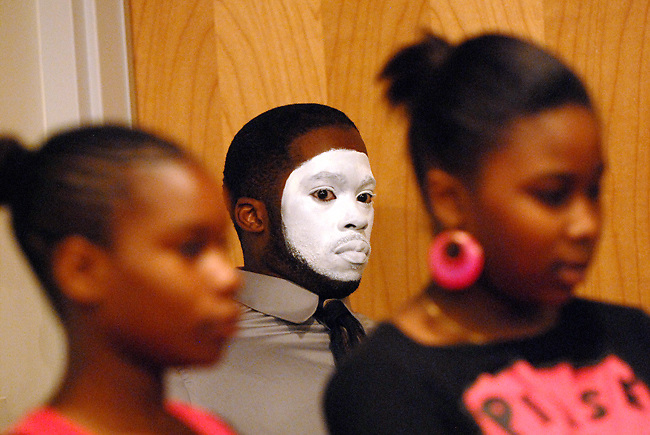