Ernest (Shujaa) Graham points to his name on the list of 129 death row inmates who have been exonerated in the United States since 1973 at the May 17th, 2008 Troy Davis rally in front of the Georgia State Capitol. Graham was acquited of murder charges and freed from death row in 1981.

Troy Davis was sentenced to death for the murder of Police Officer Mark Allen MacPhail in Savannah, Georgia; a murder he says he did not commit. There was no physical evidence against him ever found and the weapon used in the crime was also never found. The case against him consisted entirely of witness testimony which contained inconsistencies even at the time of the trial.

Since then, all but two of the state's non-police witnesses from the trial have recanted or contradicted their testimony.

Many of these witnesses have stated in sworn affidavits that they were pressured or coerced by police into testifying or signing statements against Troy Davis.

Troy Davis has come within 24 hours of being excuted three times in the last two years before he has been granted a stay of execution despite intense doubt of his guilt he remains on death row. 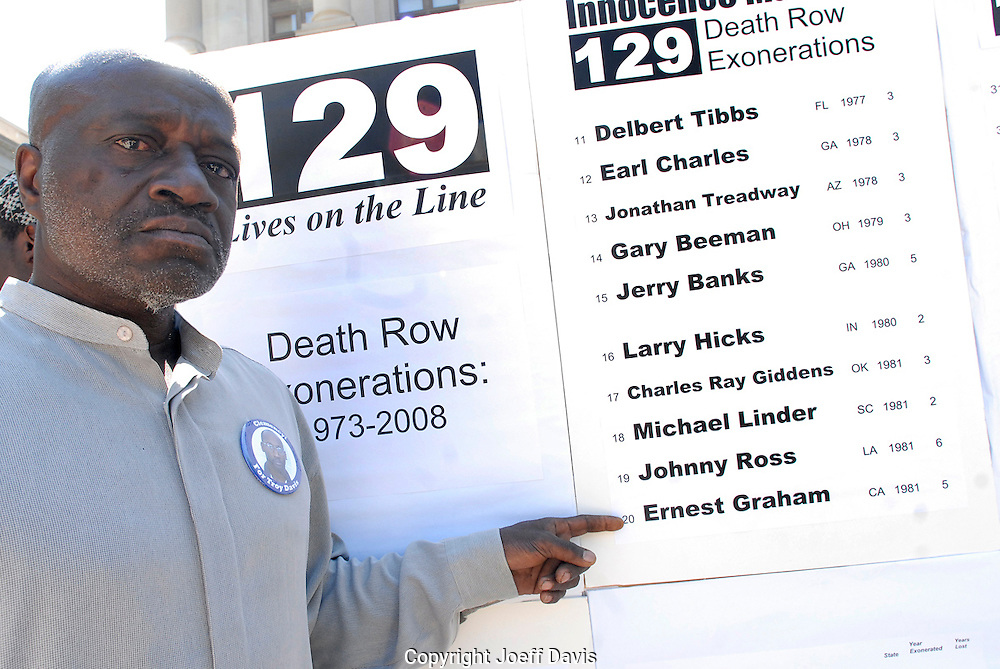