ATLANTA, GA - MARCH 24 , 2011: Congressman and civil rights icon John Lewis shakes hands with protesters outside the Georgia capitol. The rally was against two controversial pieces of legislation aimed at cracking down on illegal immigration.

Between speeches by immigration advocates, Democratic state lawmakers and religious leaders, the Indigo Girls performed for the large crowd.

Both the House and Senate have passed their own legislative packages aimed at undocumented immigration. The bills would provide stiff penalties for people who transport or offer aid to undocumented immigrants and give police the authority to check a suspect's immigration status if the officers have "probable cause," among other changes. 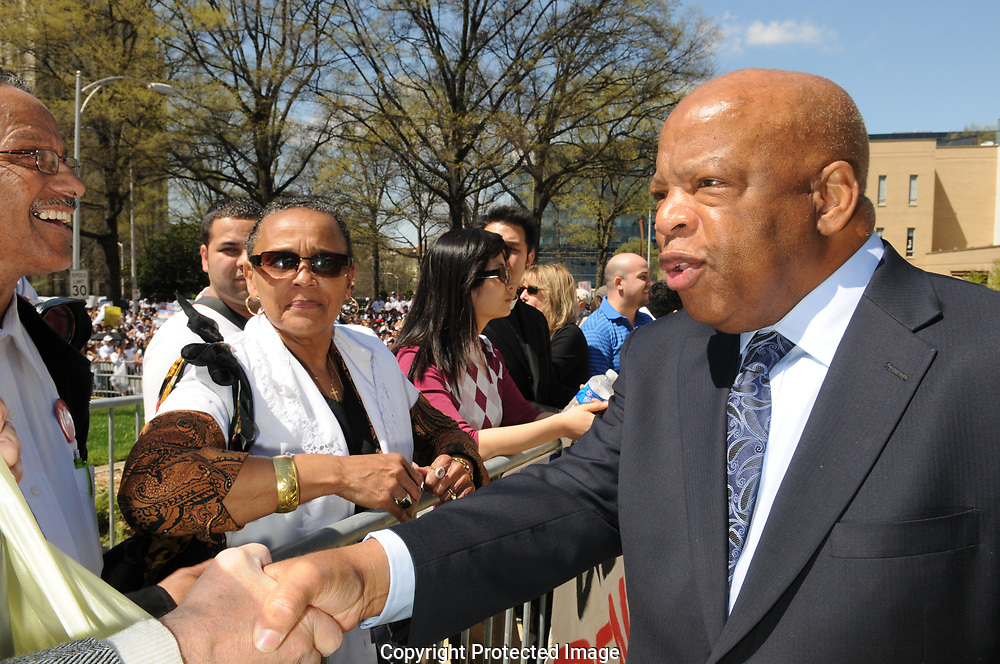