Former Speaker of the House and Georgia congressman Newt Gingrich won a huge victory last night in the South Carolina primary. Gingrich finished first in the third race of this presidential election season with 40% of the vote, Mitt Romney finished second with 28%. Rick Santorum finished with 17% and Ron Paul got 13%. Roughly 442,000 votes were cast.

Gingrich celebrated with his supporters in the packed Palmetto State Ballroom at the Columbia, South Carolina Hilton. "He is going to save America," said 78-year-old Barbara Marks while waiting for Gingrich to take the stage in a scorching hot ballroom. While waiting spporters loudly recited the Pledge of Allegiance and then loud chants of "Hey, Hey Goodbye" as Mitt Romney's consession speech appeared on the televisions in the ballroom.

Gingrich entered the packed ballroom to the song "American Ride" and delivered a roughly 20 minute speech with his wife Callista Gingrich by his side. Throughout the speech Gingrich gestured with both of his arms revealing his left hand to be covered in ink.

"I articulate the deepest felt values of the American people," Gingrich said at the beginning of his speech while screams of "Newt!" interrupted him several times. "If Barack Obama can get reelected," he said while boos echoed in the ballroom "just think how radical he will be in a second term." 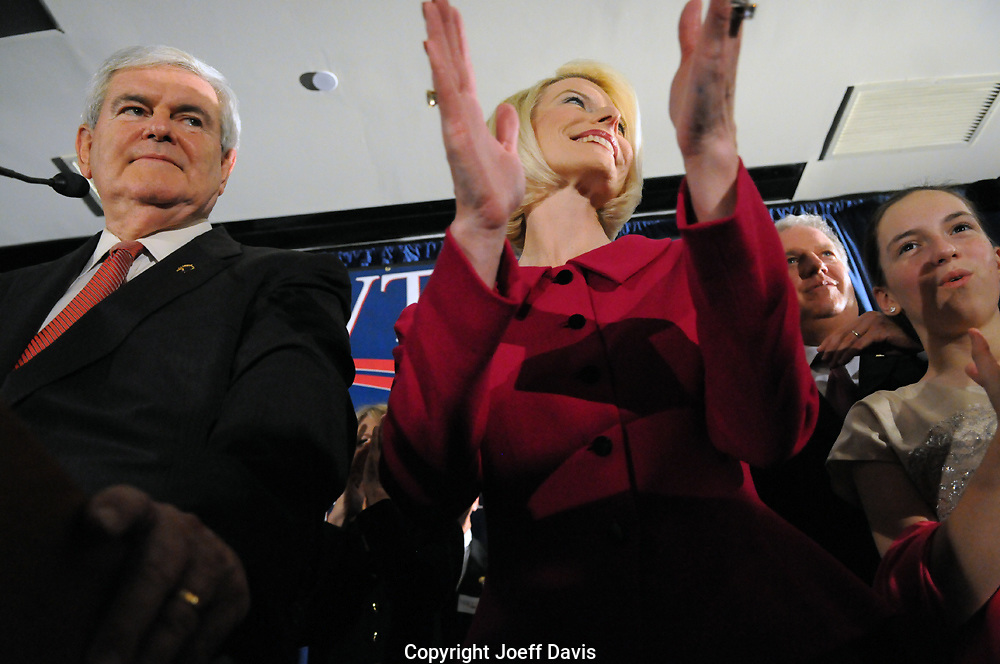