ATLANTA, Georgia - September 21, 2011: Many hours after the crowd had gathered no word of Davis' fate had been announced and people were encouraged to start thinking about spending the night in front of the capitol to wait for the announcement of Davis' fate. Captain Robinson of the capitol police said that their permit would run out at 11 pm and it would "depend on circumstance" whether police would make arrests. Days earlier Davis supporters had spent the night in front of the James "Sloppy" Floyd building across from the capitol waiting to hear the decision from the Georgia Board of Pardons and Paroles on whether Davis' execution would go forward. 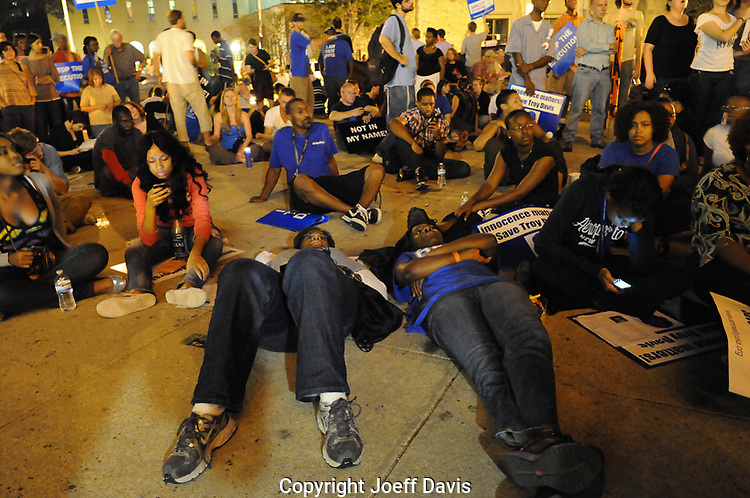