ATLANTA, GA - March 3, 2011: After days of speculation, Newt Gingrich announced that he was... "exploring" the possibility of running for president in 2012. No exploratory committee, mind you. To help him in on his psychedelic odyssey the former U.S. Speaker's launched a website. Joining Gingrich and his wife Callista in Deal's office -- where he supposedly jawboned about states' rights -- were Lt. Gov. Casey Cagle and House Speaker David Ralston. 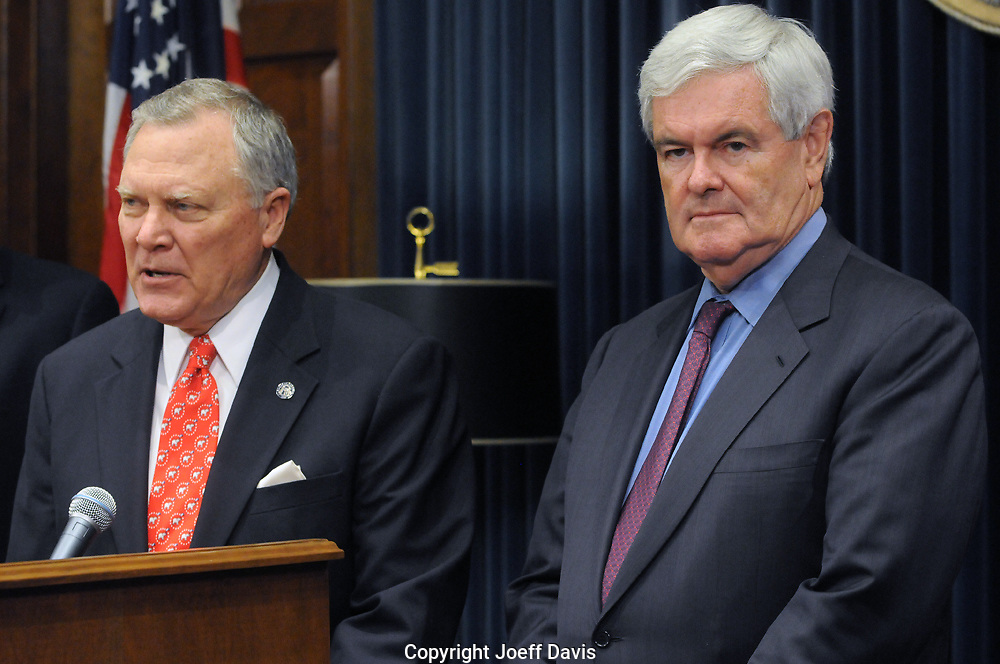