A spirited group of demonstrators showed up at Woodruff Park on Oct. 22 to rally and march as part of the National Day of Protest Against Police Brutality. Organizers cited seven deaths in Georgia at the hands of police officers since March 2009 as a sign of the "epidemic of police brutality in Georgia" according to their press release. 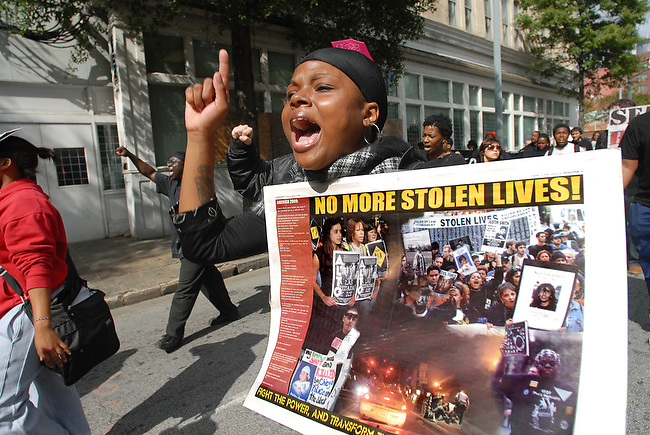