ATLANTA, Georgia - September 21, 2011: It was a roller coaster of emotions last night at the Georgia Capitol. Hundreds of Troy Davis supporters gathered for a vigil with a glimmer of hope that Davis would be granted clemency before his execution, which was scheduled to take place at 7 p.m. at the Georgia Diagnostic and Classification Prison in Butts County.

Supporters braced themselves for the announcement of his execution. But by 7:05 p.m., rumors began to spread that Davis had been granted a stay. Hours passed with no announcement as to Davis' fate and the crowd at the Capitol started to think that his life might be spared. Those hopes were crushed when it was announced around 10:30 p.m. that Davis' execution by the state would move forward.

Theron Johnson encourages motorists driving past the capitol to honk their horns in support of Troy Davis. Throughout the evening motorists reigned down a chorus of horns. 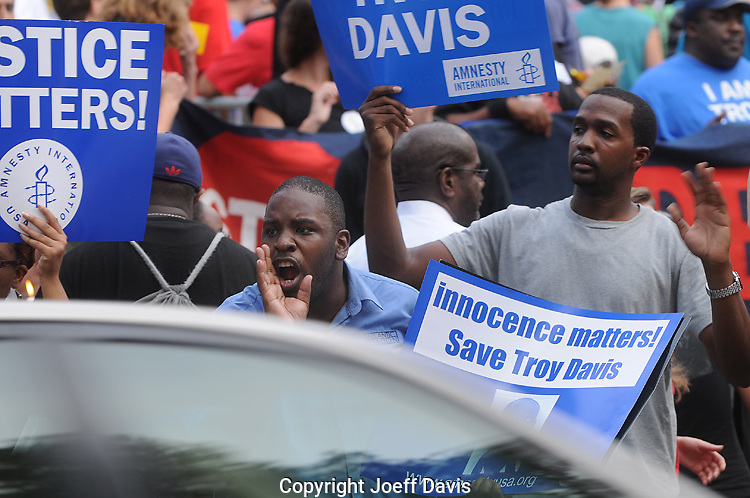