February 21, 2016 - Atlanta, Georgia: Coming on the heels of his South Carolina primary win, Donald Trump visited Atlanta on Sunday to address an estimated 10,000 supporters at the Georgia World Congress Center.

Over the course of roughly an hour, the GOP presidential hopeful covered a variety of topics. He claimed he would force Mexico to build a wall along the U.S. border, boasted of his negotiating skills, and denigrated the media.

Early on in the talk, the spotlight on Trump went dark. The real estate tycoon, whose bid to become the GOP presidential nominee has managed to last longer than many political observers expected, then told the crowd he would not pay for the room. When the lights were turned back on, Trump said he preferred to speak without the spotlight. He did.

Before Trump spoke, a voice over a loud speaker said the event was private and funded by the candidate and that protesting would not be allowed. During Trump’s speech, a protester wearing a pro-immigrant t-shirt interrupted the event. The man was escorted out of the ballroom. 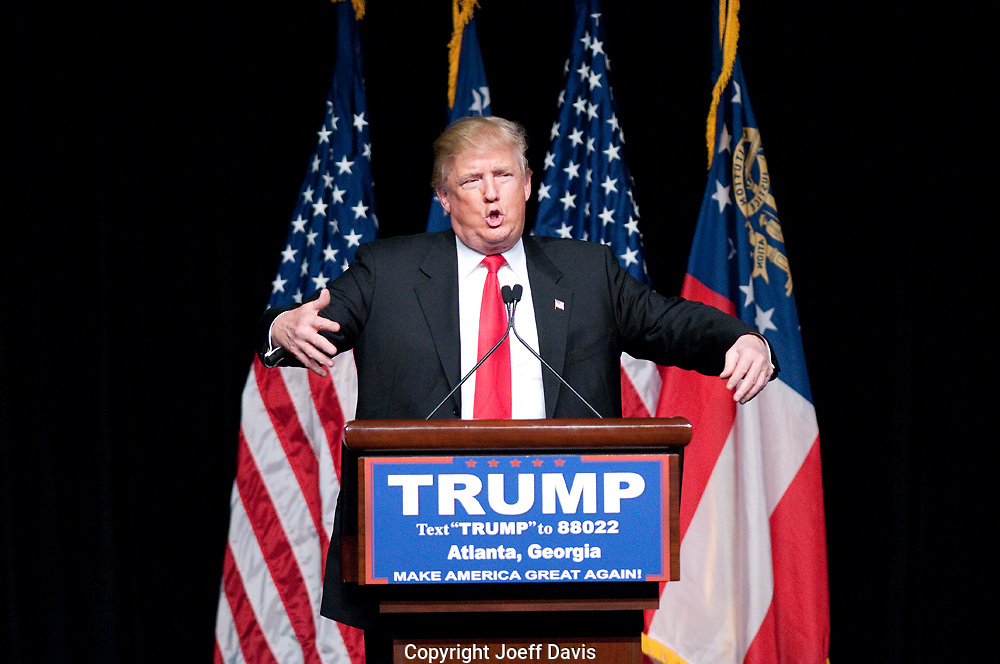