Police issued a warning at 11:50 p.m. to protesters and people congregating in the downtown park that officers would arrest those who did not vacate the park.

Nearly one hour later, a large group of officers wearing eye goggles marched into the park and moved toward the group of approximately 50 protesters who'd volunteered to be arrested. They handcuffed the protesters with plastic ties and led -- or in some cases, carried -- them to a makeshift processing station at the foot of the SunTrust building. 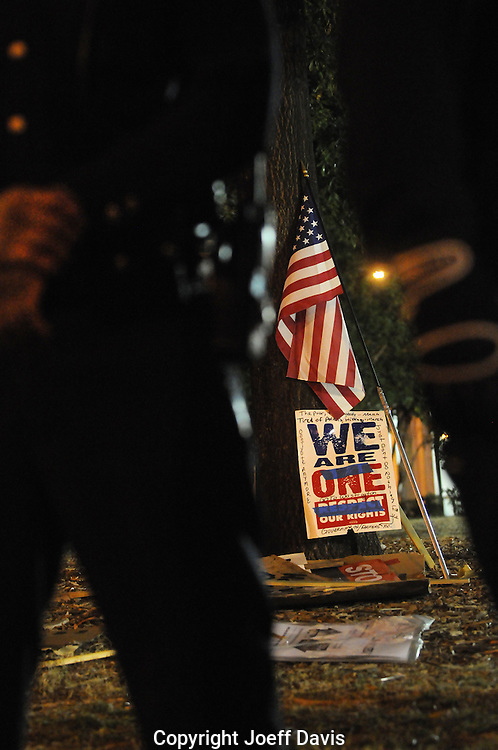