Former California death row inmate Ernest (Shujaa) Graham breaks down in tears while speaking at a rally for death row inmate Troy Davis at the Georgia state capitol in Atlanta on May 17, 2008.

Graham spent 5 years on death row for a murder he did not commit. He was exonerated in 1981.

Troy Davis has been on death row since 1989 for the murder of a Savannah, Georgia police officer. Although there is no physical evidence linking Davis to the murder and seven of the nine witnesses who originally identified him as the killer have recanted their testimony Davis remains on death row. 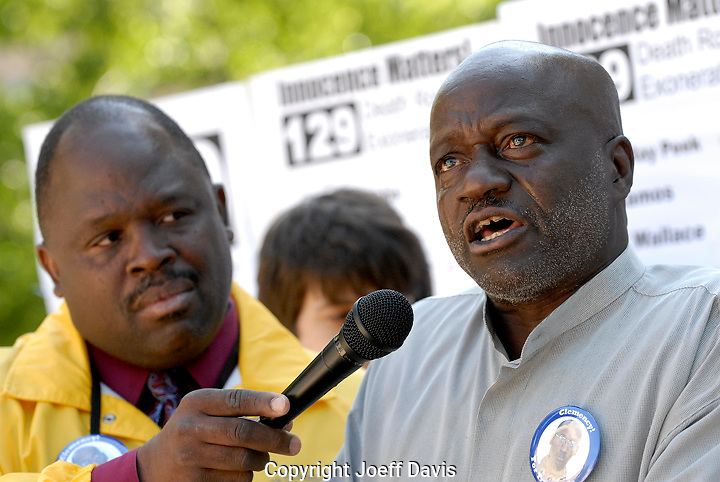