February 21, 2016 - Atlanta, Georgia: Coming on the heels of his South Carolina primary win, Donald Trump visited Atlanta on Sunday to address an estimated 10,000 supporters at the Georgia World Congress Center.

Over the course of roughly an hour, the GOP presidential hopeful covered a variety of topics. He claimed he would force Mexico to build a wall along the U.S. border, boasted of his negotiating skills, and denigrated the media. 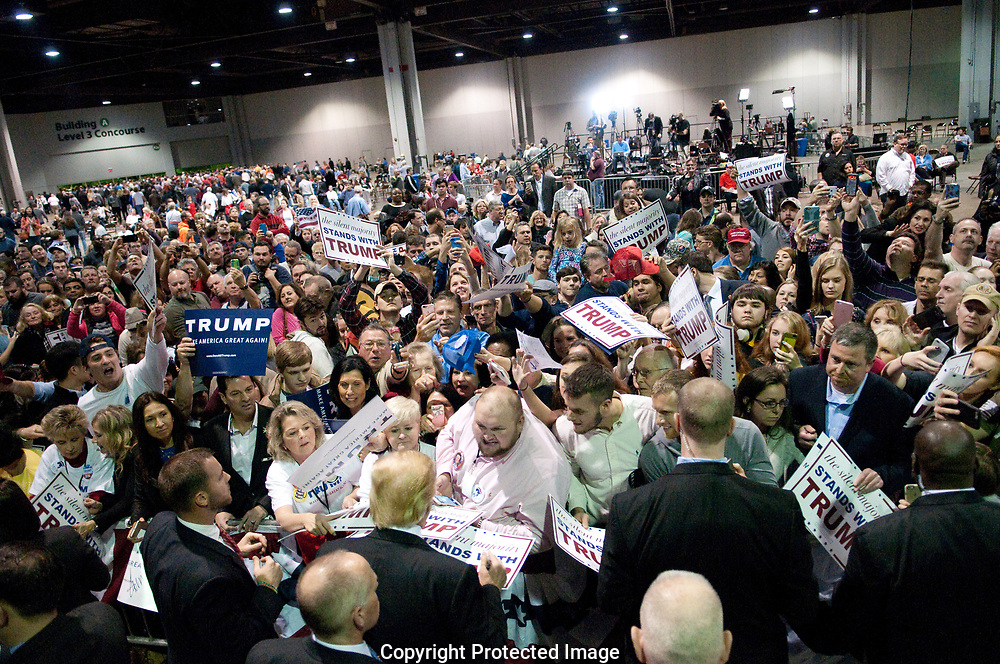