DULUTH, GA - JAN 24, 2009: Thousands of people crowded into the Gwinnett Center for an evening of energized violence and brutality. The Toughest Cowboy competition had arrived.

I shot from the rodeo dirt and focused my camera between the ring bars occasionally dodging hyper aggravated animals. I was so close I could hear the animals snort in Pain? Ecstasy? Revenge? Love? Death? I am not sure what they were feeling but they jumped and ran and kicked and screamed like beasts that had just been released from the gates of hell.

The whole event seemed to teeter on epic disaster with batshit crazy horses running directly into fences at full speed and cowboys being thrown face first into the ground over and over again inside an arena of 5000 screaming people from the suburbs in cowboy hats and real cowboys from rural Georgia. It was insane, beautiful and chilling. 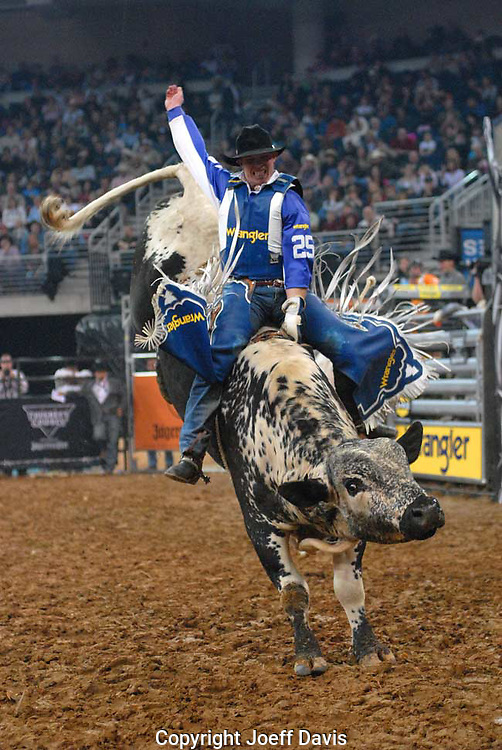